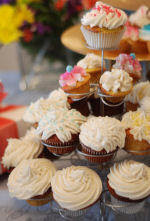 When I worked in downtown Los Angeles, I got to know a few of the homeless who worked the corners I had to pass. Most of them were mentally ill. Some were surprisingly young. One man, in his 20's, was pretty lucid and my friend Jonathan Cupp started giving him money. Jonathan died shortly thereafter, and I told the homeless guy, who was pretty shaken up by it. Jonathan was good to him, asked him how he was doing, and gave him food.

After that, I started giving the guy food. I couldn't afford much, but I would try to slip him a bagel or something else I could pilfer from backstage, anything that was going to be thrown out anyway... I was always amazed at how appreciative the guy was. It must have been unusual for anyone to give a damn about this guy, who, it turned out once had a decent job and a family, and lost it all.

Apparently, that's not hard to do. It's absolutely amazing how many Americans are just one lost paycheck away from disaster. Considering the state of the safety net in this country, especially for treating the depression that results and then creates even worse conditions, it's absolutely amazing that more people aren't losing it all.

So, this morning when I heard that my Los Angeles Catering client, Emma Tate, is joining forces with a woman from Naples, Florida, to bring cupcakes to homeless people for their birthdays, I remembered that guy, and the look of appreciation on his face for even the smallest gesture of kindness. And I thought, damn, that's a good idea.

As a sufferer of depression, I understand that holidays, especially one as personal as your birthday, are the worst of times for someone who's depressed. And I can only imagine the joy that such a simple gesture must bring to people for whom something as simple as a cupcake is a very special thing. Thank you Emma and Maria, for doing something. Anything. It is so much more than most would do for the least among us.
Posted by Scott Supak at 12/31/2009 12:08:00 PM No comments:

I can only imagine the kind of sick bastards that would steal that. But I agree with Jonathan Turley that it is unforgivable that it could be stolen. Denial much, Deutschland?

Yes, I know the camp is in Poland, but I'm insinuating that a Nazi took the sign, and I would think that Germany should have to pay to help keep the camp preserved, although I'm not sure that they do.

The job was apparently very professionally done, which would boost the theory that this was someone trying to make big money selling to the underground Nazi market.

I can never hear about that sign, sprawled above the entrance to Auschwitz, that means "work will set you free," without thinking of the Donald Baker poem that uses it in one of the most impressive ways it ever could be. Talk about putting something in context.


“The poets apparently want to rejoin the human race.”--Time

I shall begin by learning to throw
the knife, first at trees, until it sticks
in the trunk and quivers every time;

next from a chair, using only wrist
and fingers, at a thing on the ground,
a fresh ant hill or a fallen leaf;

then at a moving object, perhaps
a pieplate swinging on twine, until
I pot it at least twice in three tries.

Meanwhile, I shall be teaching the birds
that the skinny fellow in sneakers
is a source of suet and breadcrumbs,

first putting them on a shingle nailed
to a pine tree, next scattering them
on the needles, closer and closer

to my seat, until the proper bird,
a towhee, I think, in black and rust
and gray, takes tossed crumbs six feet away.

Finally, I shall coordinate
conditioned reflex and functional
form and qualify as Modern Man.

You see the splash of blood and feathers
and the blade pinning it to the tree?
It’s called an “Audubon Crucifix.”

The phrase has pleasing (even pious)
connotations, like Arbeit Macht Frei,
“Molotov Cocktail,” and Enola Gay.

Just great. More ecosystem disruption... In this case, the local bat population including little brown bats, big brown bats, and the endangered Indiana bats, are all dying at alarming rates (90% of the population dead) from white nose syndrome, a fuzzy fungus that leaves the bats with too little body fat to last through winter hibernation.

Bats are one of the biggest eaters of mosquitoes. Without them, the massive walls of mosquitoes that breed in the swampy areas up here will have one less predator to slow them down.

Of course, people are probably responsible, as this fungus "...looks like an invasive (species) that was introduced," said Coleman. "It was not found previously anywhere in North America, and was somehow introduced here from another location. It is something that our bats never had to deal with before."

The Most Important Photograph Ever Taken

Look through space and time and see what the universe looked like 14 billion years ago, via the Hubble Ultra Deep Field. All you creationists can keep your heads in the sand for this one. Those of you interested in facts might want to download the high-resolution version of the photograph. It makes great desktop wallpaper.

Therapeutic Poetry and the Death of John Lennon

I live with pain, depression, and poverty. I worry what affect that has on my son. I am reminded of one of my favorite poets, Phillip Larkin, who has advice for young people on this score:

This Be The Verse

They fuck you up, your mum and dad.
They may not mean to, but they do.
They fill you with the faults they had
And add some extra, just for you.

But they were fucked up in their turn
By fools in old-style hats and coats,
Who half the time were soppy-stern
And half at one another's throats.

Man hands on misery to man.
It deepens like a coastal shelf.
Get out as early as you can,
And don't have any kids yourself.


The coastal shelf is pretty deep these days, sinking into the crust like an ocean liner in the north Atlantic. The whole damn planet is rushing toward catastrophe faster than anyone can possibly imagine (except, perhaps, for Dimitri). All the deniers of the impending doom, funded by the deep pockets of the oil and defense industries, seem very happy with the well-furnished sandy hole into which they've buried their heads, and are proudly proclaiming that this awesome vessel called humanity is unsinkable, so they're burning the life boats.

When I was younger, Imagine was a wonderful thought exercise John Lennon gave us. It was full of hope for a more just, reasonable, caring world. Now, imagining just leads to despair, grief, uncertainty, and anger. John Lennon is gone 29 years today, a victim of a reality that is so random, so uncaring, and so dark that his immortal song has become a kind of joke to me, a Medusa I dare not look directly at, lest it kill me. Imagining the world the way he did just fills me with more remorse and grief over the direction the world has actually gone.

Hunter S. Thompson wrote, in Fear and Loathing in Las Vegas, a passage known as The Wave Speech:


And that, I think, was the handle—that sense of inevitable victory over the forces of Old and Evil. Not in any mean or military sense; we didn’t need that. Our energy would simply prevail. There was no point in fighting — on our side or theirs. We had all the momentum; we were riding the crest of a high and beautiful wave. . . .

So now, less than five years later, you can go up on a steep hill in Las Vegas and look West, and with the right kind of eyes you can almost see the high-water mark — that place where the wave finally broke and rolled back.


That high-water mark for me, being a generation behind Thompson, was Lennon's Imagine. It's been all downhill from there. On this sad anniversary of the death of a man who just had to let his ride on the merry-go-round go, I find myself going back to poems that my favorite teacher, Jim Whitehead, loved, like Aubade, by Phillip Larkin, which I read now and see as a metaphor for the whole human race, especially this bit:


And so it stays just on the edge of vision,
A small, unfocused blur, a standing chill
That slows each impulse down to indecision.
Most things may never happen: this one will,
And realisation of it rages out
In furnace-fear when we are caught without
People or drink. Courage is no good:
It means not scaring others. Being brave
Lets no one off the grave.
Death is no different whined at than withstood.


This dysfunctional family known as homo sapiens have burned enough fuel that we've raced right up close to that "small, unfocused blur" and it's a little clearer now. People like John Lennon and Martin Luther King are murdered, and Dick Cheney is still promoting torture. Deniers of global warming are given the same credibility in the media as the careful scientists who have spent their lives proving that we're screwing this planet up beyond repair.

And I sit and watch the snow and imagine that it could have been different, if it weren't for all the assholes that I hope can't ice skate, because my moat is frozen.
Posted by Scott Supak at 12/08/2009 03:05:00 PM No comments: